[Let’s Talk] Which classic system should be added to Nintendo Switch Online next? 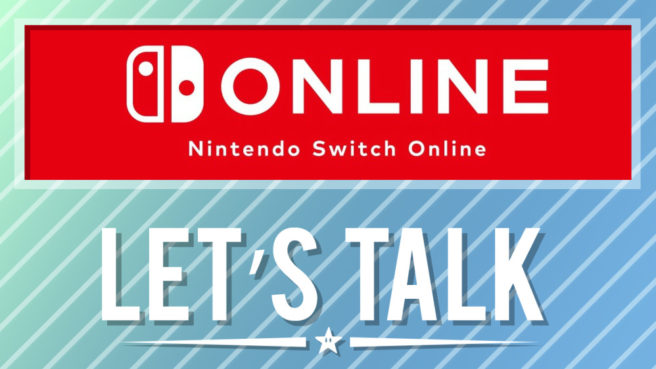 If there was ever a time for a new library of games to join Nintendo Switch Online, it would probably be right around now, so something like Game Boy could make sense. No new NES games were added during the latest update in July. Furthermore, Nintendo seems to be running low on heavy hitters for SNES titles. So what could be next?

N64 followed the SNES in terms of Nintendo generations, but it’s not exactly a lock for Switch Online. Nintendo has shown more interest in remaking and individually re-releasing N64 titles such as Zelda: Ocarina of Time 3D, Star Fox 64 3D, and Super Mario 64’s inclusion in Super Mario 3D All-Stars on Switch. Game Boy and Game Boy Color could be possible for Nintendo Switch Online. Or what if those systems were skipped over for the GBA?

What do you think the future of classic titles could be for Nintendo Switch Online? Let us know in the comments below.

Gen 4 is my least favorite Gen, but BD/SP is actually looking pretty cool. The art style had grown on me already, do the visual improvements only made me happier. Of what was revealed, the enhancements to the underground is the most important to me. Improved online from the DS era, with caverns that connect decorating with what Pokemon you find was a great idea.

For Legends, Game Freak seems to be improving with the open world style they have, and I like the changes to the Speed stat and the extra combat options. Also, very happy they ironed out the bigger frame rate issues. There’s still more I need to see, but I’m very interested in everything shown. At the moment, I’m just hoping it’ll be one of the more story heavy games.

No major concerns about either at the moment, so I’ll just end it on the hope that they try revisiting more older games and regions and slow down on new gens… or at least keep pushing Sw/Sh, I feel like with Switch they can get a lot more mileage before they need to consider launching Gen 9. Otherwise, pretty happy.

While I am keen for Pokémon Legends and I found this trailer to be much better than the first one, I’m convinced we’ll never see anything truly spectacular unless Nintendo gets fully involved with the game’s development.
That being said, I’ll leave my judgment on the game by Gameplay, Story, then Graphics/Animation, in that order.
Though I’m a bit more intrigued with the Diamond and Pearl remakes after seeing their new trailer.
Also, I wanna see Roserade in Pokémon Unite and in Pokken 2 if that ever happens.

Pokémon Legends Arceus had the two first trailers similar to Super Mario 3D World. The first one basically just showed the game existed, but failed to truly generate excitement. While the second one blew me out of the water.

The performance is much better now, to the point that they impressed me. Keep in mind that these are the same people who developed absurd amounts of frame rate drops on 3DS because they couldn’t properly optimize Gen 7.

I love the regional variants making a return yet again. It’s one of the best things they’ve added and I hope it never goes away.

The remakes are another story. I don’t have the nostalgia many have for the Gen 4 originals. They were actually the games that showed me I was done with Pokémon. Previously I’d played Ruby, but skipped all other GBA games. Then I picked up Diamond, but never finished it. I only got back to the series because of the Gen 2 remakes and Gen 5 looked really cool.

That being said, the remakes look good IMO. I like the art style and I’m intrigued by what’s being added to them. But here in Brazil we pay a premium for physical copies and even Snap has priority over this. So I don’t think I’ll be picking it up. But that’s solely based on the cost of the game, not its quality.

I’m excited for both BD/SP (I’ll get the SP version) and LA. It’s a great thing they’re offering us with both the traditional Pokémon experience and a new take on the formula.

It was great to see the Underground back and with extra content, but I also hope they are including the Battle Tower and Platinum content. Ah, but that trailer was weird sometimes – all those bizarre zooms over text lol.

LA is going to be the most immersive Pokémon game ever, from what was shown. The simple fact wild Pokémon can hurt you and black you out shows they have had careful thoughts about the very premises of Pokémon games. I can’t wait to fly all over Sinnoh, er Hisui.