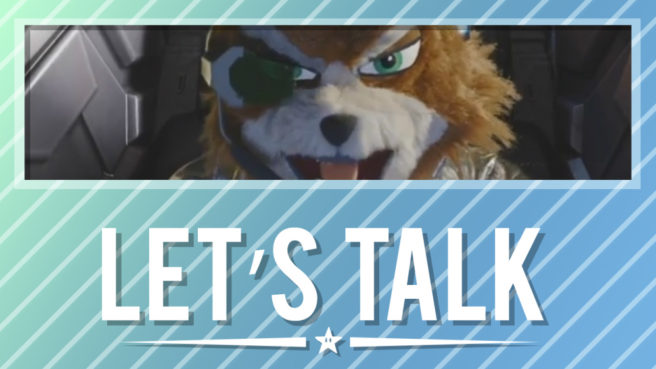 Following a half-year delay, Star Fox Zero has finally launched on Wii U. The game just came out in all territories this week. Most of you have probably seen the critical reception at this point, but each person’s experience is their own.

For those of you who have managed to get some time in with Star Fox Zero, what are your impressions thus far? Are you enjoying it, or are you disappointed? The controls have been a big topic of discussions, so how are you finding those. Please share your thoughts with us in the comments below!

Highlights from last week’s topic: What are you playing? – April 2016

224 hours into Xenoblade X, just completed ch 12, working on getting all the secondary party members Affinity lvls up to complete their affinity quests, max out the Six Star & Lab 1.2 AM lvls, and max out my skill and Art lvls.

Been playing a little bit of that GGXrd-Revelator demo, gotta dust off my Jam skills.

After I complete XenobladeX to satisfying degree, I plan on starting Senran Kagura:Estival Versus.

I’m playing HL:Opposing Force (again), Sonic CD (again) and Shantae Risky’s Revenge (on Wii U). I should be playing a second path in FE:Fates, but the game disappointed me a little so I’ll play it later.

Played Hyrule Warriors Legends for a week after launch, then got my April allowance and downloaded EarthBound. I haven’t even launched HWL since, not even for a minute to get my daily amiibo reward. And I don’t exactly think that’s because of how good EB is. It could’ve been Kid Icarus and I’d probably not be playing HWL. I downloaded the Flying Man mii outfit for Smash (my second outfit after Link) to fuel my EB love, so I’ve been playing with that to get my money’s worth this week too. No one at school has HWL either, so there’s no StreetPass to motivate me to open it either. And I’m one of 45 million people that has a 3DS and not a Wii U, so I can’t imagine how boring HWL must be if I’d already put hundreds of hours into the U version. I thought there’d be so much content to keep me busy, everyone’s always saying how much there is. Well, there isn’t. Its hundreds of hours of the same content, and those are hours I’d much rather spend playing EarthBound. I’ll be buying Link to the Past for the third time when it launches this week (after Wii and GBA versions), and I have a suspicion even my fourth fight against Moldorm will keep me away from HWL.