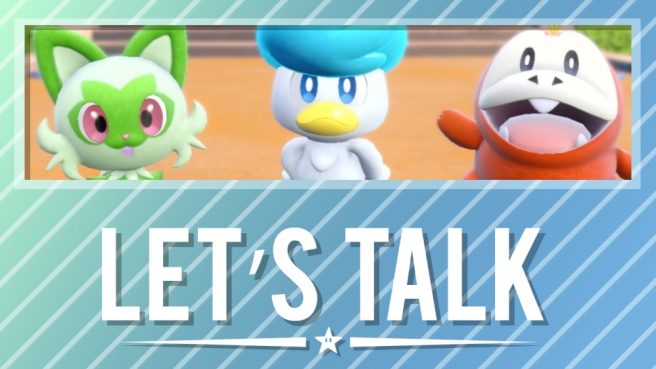 A new month started up this week. Now that we’re in December, we want to know what you’ve been playing.

Are you going through Pokemon Scarlet or Poekmon Violet? Maybe you’re playing through other recent releases like Sonic Frontiers or Tactics Ogre: Reborn? No matter the case, let us know in the comments below.

Breath of the Wild got a trailer at TGA 2016, so I’m curious if Tears of the Kingdom will make an appearance this year. Other than that, Nintendo will probably be a total no show.

Outside of Nintendo, if Spider-Man 2 is still scheduled for next year, then I hope that makes an appearance. I’m surprised we didn’t see it at the last State of Play.

Honestly (and personally), I stopped caring for which games get which award long ago since many of the ones I liked (especially nowadays) don’t even get mentioned. I mean, I still very well enjoyed the likes of The Legend of Zelda: Breath of the Wild and others, but I still believe games can still be fun, regardless of the amount of budget and ambition put into it. Because of all of that, I’m more hoping for really good Nintendo game announcements this coming event (next 3D Mario or Donkey Kong game, when?).

…but my 2022 GOTY is (still) Atelier Sophie 2: The Alchemist of the Mysterious Dream. I’ve been an RPG fan myself since back in the day, but around the late 2000s, my love for the genre has subsided a bit due to the weird directions Final Fantasy and the Mario RPGs took, in my opinion. Sure, there’s still been some good ones in 2010, but not many of them brought me to that “wow” space I longed for like Paper Mario, Final Fantasy VI, and Mario & Luigi: Superstar Saga did. Atelier Sophie 2: The Alchemist of the Mysterious Dream, on the other hand, somehow brought me back to that mood I had within me back then and what surprised me even more is that the other Atelier games I played (Atelier Sophie ~The Alchemist of the Mysterious Book~, Atelier Lydie & Suelle ~The Alchemists and the Mysterious Paintings~, and Atelier Lulua ~The Scion of Arland~) were just “pretty good” to me. I don’t know what Gust did with this game, but they seemed to have tailored an Atelier game specifically for me as it somehow made me always motivated to fight and/or craft whenever the game tells me to do so. There’s a lot of good things I can say about this game, but I don’t want my post to burst Nintendo Everything’s site or this article out through the roof.