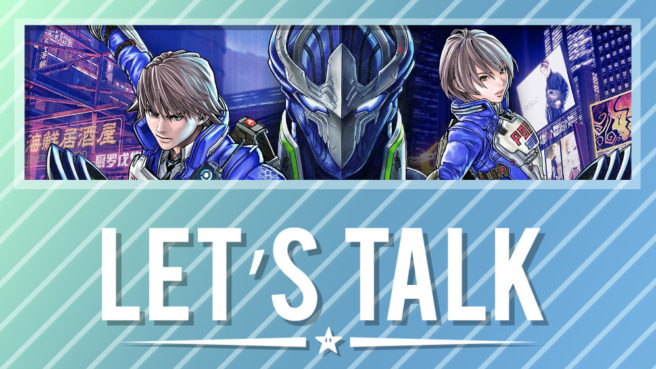 A new month rolled right on in a couple of weeks ago. Now that we’re in September, we want to know what you’ve been playing.

Are you giving Astral Chain a shot? Trying something else that’s new from the past few weeks? No matter the case, let us know in the comments below.

I’d say it was a good direct, but not a great one. There wasn’t anything terribly exciting for me in the newly announced stuff, and the new info for upcoming stuff was just kinda… there. Nothing really jumped out aside from Banjo dropping same day and the SNES games getting added to NSO. Animal Crossing was literally just them going over the stuff they showed at E3 with the subtle (but welcome) visual changes they’ve made since E3. The free to start Kirby is fun, but I’m pretty sure I already played it on the 3DS for a few days so nothing groundbreaking there. Over all it was just one of those good directs where there’s probably something small in there that makes you happy and that’s about it.

Absolutely everybody now needs to play MonolithSoft’s JRPG masterpiece when it’s ready for release worldwide next year. It is one of the best and greatest JRPG’s ever. From the trailer, it looks like it’s using the improved game engine that was used in Torna The Golden Country. I wonder if the gameplay/battle system will stay the same as the original or if they’ll implement some minor thing from Xenoblade Chronicles 2 and Torna The Golden Country. I also curious if MonolithSoft will do an expansion pass for this one and add new types of content and maybe a new story like they did with Xenoblade 2. Plus, with it getting an HD Remake, maybe it’s time that Nintendo and MonolithSoft localize and release the Xenoblade 2 Official Artwork Alrest Record book to the U.S. Xenoblade is growing in popularity and hype.

Everyone should keep on eye on this game. Don’t miss out on this JRPG. Many people that have literally played it said that it was really good and the gameplay/battle system was great. It will be interesting to see what gameplay improvements Atlus and Nintendo made since the game use to rely so much on the Wii U gamepad. Maybe some things from Persona 5 are implemented into TMS#FE. Atlus really should implement the battle system into Shin Megami Tensei 5. Hopefully Atlus will get their act together and include all of the DLC and release the uncensored version.

It still looks amazing and so much better than that SoM remake. It’s art style, gameplay, etc Trials of Mana Remake is done completely right. The whole 3D 3rd Person Perspective easily reminds me of Dragon Quest 11 S and Xenoblade. Everyone needs to buy it. People wanted this game (The original SNES version) released in the U.S. so many years ago, and now we got in the Collection of Mana. But it’s remake looks absolutely beautiful. Don’t miss out.

To the people that don’t know the history and legacy of SNK, just look at their “SNK Wiki”. With Terry Bogard now coming to Smash, gamers/fans should now begin supporting developer SNK so we can see brand new games from them come to the Nintendo Switch. Go check out many of their games.

Banjo being released the same day. I was so nervous they would make us wait a week. After seeing that BK was being released that night, the rest of the Direct was automatically a 10/10. Seeing SNES games finally getting added made it an 11/10. The only thing that could have improved it was Rare Replay coming to Switch.

It was a really good direct. Especially since 3 predictions I made happened.
-2 of which I was told would “never happen”, that being TMS be ported to Switch and a second fighters pack for Smash.
-I also predicted Banjo would be dropped by the end of the direct, which was cool.
-Terry’s reveal was obviously spoiled by leaks, but I’m happy he got in. And who’d have thought people would freak out over a mii Gunner costume?
-I didn’t get the last WiiU port I wanted, but I got something just as good, if not better with Xenoblade DE, wouldn’t be something if Last Story, Pandora’s Tower and Disaster: Day of Crisis got the same treatment for Switch too?
-Deadly Premonition 2 was a shocker, never that would get a sequel, I got excited thinking it was Disaster: Day of Crisis.
-Luigi’s Mansion 3 continues to impress.
-But the most pleasant surprise to me, was Star Wars: Jedi Knight: Outcast (and afterward Jedi Academy). One of the best Star Wars games to come out, coming to Switch, EA not included. I really don’t care for Disney’s or EA’s Star Wars, but gives me hope for good Star Wars games yet. If they were to follow that up with Rogue Squadron, KotoR, Commandos, Battlefront, basically all the classics, that’d be so awesome.
-Bayonetta 3, Metroid Prime 4, SMTV and BotW 2 are the still the big “waiting for more info”games. Hopefully something gets shown from at least one of them, come TGS, VGA or possibly one last direct for the year.

It was entertaining. I like when they reveal something is available right after the direct ends. Even if its something not directly geared toward me its just nice to know they cover their player base.