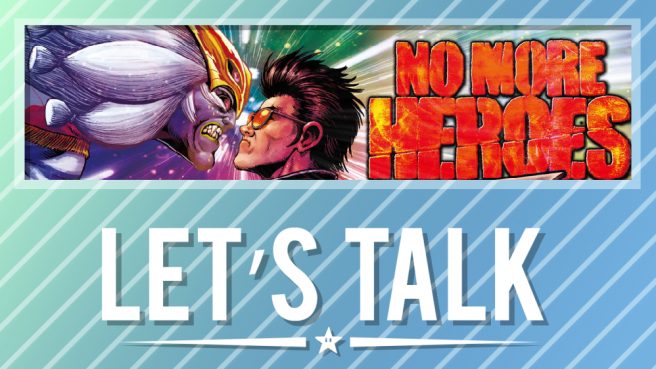 A new month rolled right on in this week. Now that we’re in September, we want to know what you’ve been playing.

There’s no question that No More Heroes 3 has been a major highlight for Switch having released last Friday. Other notable August games include Shadowverse: Champion’s Battle, Axiom Verge 2, Slime Rancher, Quake, and Spelunky 1 and 2. Have you picked up any of these games? No matter the case, let us know in the comments below.

Highlights from last week’s topic: Which classic system should be added to Nintendo Switch Online next?

While I’m inclined to say N64 along with a lot of other people, there’s a distinctive trait about the Switch that makes me feel more inclined to say Game Boy & Advance: it’s supposed to be portable.

Remember the Super Game Boy peripheral? Remember how they had an add-on for the GameCube that let it play Game Boy games? We’ve basically had “Proto-Switches” all along.

So it would make the most sense, at least to me, if they decided to go with “Game Boy Online”, and it would include Color games, and then “Game Boy Advance Online” later for the portable generation that followed, all in the same vein as how they’ve handled NES and SNES.

I would prefer something similar to the Game & Watch, but more comfortable to play.

Game & Watch runs like a dream with minimal battery consumption when turned off, and boots up instantly. A Game Boy Mini that works in the same way would be amazing.

It seems completely wasteful though to have a dedicated device merely for Super Mario Bros. which most of us would have access to. I hate the fact that they didn’t at least throw in the GB/GBC games for good measure (the GBA games would have also added some much needed value to the package).

GB & GBA (at the same time) so people can play Metroid II and Fusion and they can sell it tying in with Dread. Also the price will go up to 30 dollars a year no matter what new system they introduce.

Outside of the Game Boy family, there isn’t going to be much else, even then the library and features will likely be hindered, with no link play or Pokémon. Or most 3rd party games outside it obvious ones.