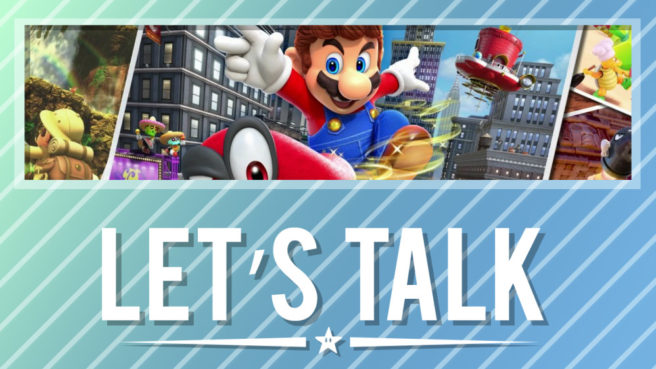 Nintendo came out of the gates swinging for Switch’s launch year in 2017. A big part of that was due to a couple of heavy hitters that dropped within just a few months of each other. Not only did Switch have a new 3D Zelda game at launch in Breath of the Wild, but it also received a new 3D Mario thanks to Super Mario Odyssey.

We already know what’s next for Zelda. At least year’s E3, Nintendo announced Breath of the Wild 2, and there’s a good chance of it coming in 2021. Mario, however, is more of a mystery. There’s been plenty of love for 3D Mario on Switch with Super Mario 3D All-Stars and the upcoming Super Mario 3D World + Bowser’s Fury. However, the next true step is an unknown quantity.

Could we end up seeing Super Mario Odyssey 2? Or perhaps another sequel like Super Mario Galaxy 3? Nintendo could also be pursuing something entirely brand new. Let us know what you think could be next for 3D Mario and what you’d personally like to see in the comments below.

Highlights from last week’s topic: What are you playing? – November 2020

I’m about 600 hours into Animal Crossing, and still loving it.

Just finished the first Ori. It was… well, good, but probably overhyped to me. Maybe if I hadn’t played Hollow Knight first, I would’ve liked it more.

Whittling away at Smash. I’ll never be one of the GOOD players – I’m not in Elite Smash, for example – but I keep getting better. I notice that when i have insomnia at 4 AM, people generally play worse, so I’ve been able to increase my GSP a bit. Wish I knew at what point someone enters Elite Smash, so I knew if I was close or way off.

Splatoon is my wife and my recent fun multiplayer together time – again, I’m not very great, but both of us consistently end up carrying our teams, at least from how the game keeps scoring us.

And every now and then, slipping my Switch into my Labo VR and playing enough BOTW until I want to puke my guts out.

Oh, and that Hyrule Warriors demo. Dang it, this is gonna be my first Warriors game, innit?

Finished my main’s story in Octopath Traveler and stopped. TBH i’m not very good at the game and I really don’t want to spend tons more time invested into it.
Been playing some platformers like Shantae Half Genie & Wonder Boy Sega Ages. Probably a good time for me to check out Hyrule Warriors AoC demo & see if I like musou games enough to get some backstory on BOTW.

I finally got my Ring Fit Adventure imported from Amazon for $222 American Dollars.
My body hurts and I can only do sessions of 15 minutes a day. I’m loving it.

Right now I’m playing Hades and Crown Tundra. Hades is a great indie that is easy to play on a handheld so it’s easy to sink time into it. As someone who had a lot of problems with Sword/Shield, the Crown Tundra DLC is actually pretty good and a huge step-up from the main game. I hope the next main title is a lot more like it than the base game.