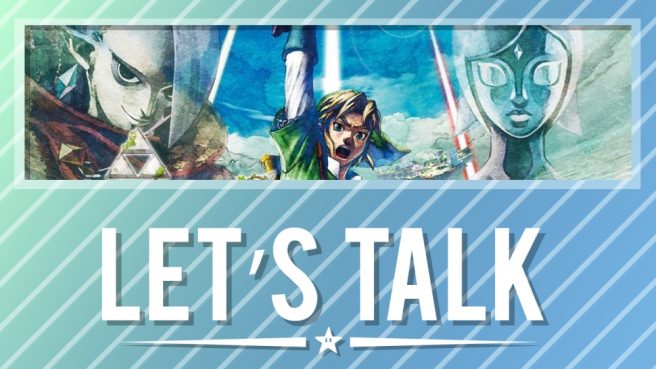 Nintendo doesn’t have a whole lot planned for Zelda’s 35th anniversary, but 2021 does include one notable release. Skyward Sword HD, which first released on Wii in 2011, has returned on Switch. Nintendo has made some additions and changes like button controls, an enhanced frame rate, optional help from Fi, and even camera controls.

It’s only been out for a bit, but we imagine that many of you picked up Zelda: Skyward Sword HD this weekend, especially since it’s a high-profile Switch release. If you’ve given it a go, what are your thoughts so far? Let us know in the comments below.

Highlights from last week’s topic: What are you playing? – July 2021

Things have been busy this week and I’ve got plenty of stuff in my backlog to go through, and remembered Fluidity: Spin Cycle for 3DS. I’m pretty sure I picked this up after seeing Eddy’s Spirit in Smash, but it could have been from some fan art celebrating the small Nintendo titles that 3DS had. It’s pretty fun despite the hassle of spinning my handheld around, and it doesn’t seem too long, which I like. The downsides are that pressing buttons is difficult with the 3DS flipped upside down, and anything that works around navigating a group of things like the game’s water particles (think Pikmin) can be kind of finicky by nature.

I know it’s odd to go for an old, obscure game like this, but the obscurity intrigued me, and I’m more willing to get into something that has a ‘pick up and play’ design right now. That, and 100%ing it doesn’t seem aggravating (though I wish it was designed around grabbing all stars and puzzle pieces around the first try in each level)