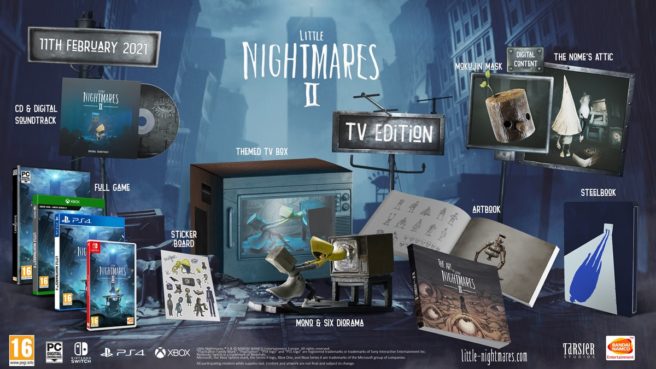 Bandai Namco has provided new information about a Day One edition and TV Edition for Little Nightmares II. All pre-orders will come with the Mokujin Mask for Mono, which is inspired by the popular character from Tekken.

The Day One edition provides access to the Nomes’ Attic, an exclusive piece of DLC for Little Nightmares II. It’ll also come with a mini-soundtrack, composed by Tobias Lilja.

Aside from the Nomes’ Attic DLC and Mokujin mask, the TV Edition contains the complete soundtrack of the game as well as an exclusive diorama of Mono & Six, an art book, a steelbook case, and stickers. 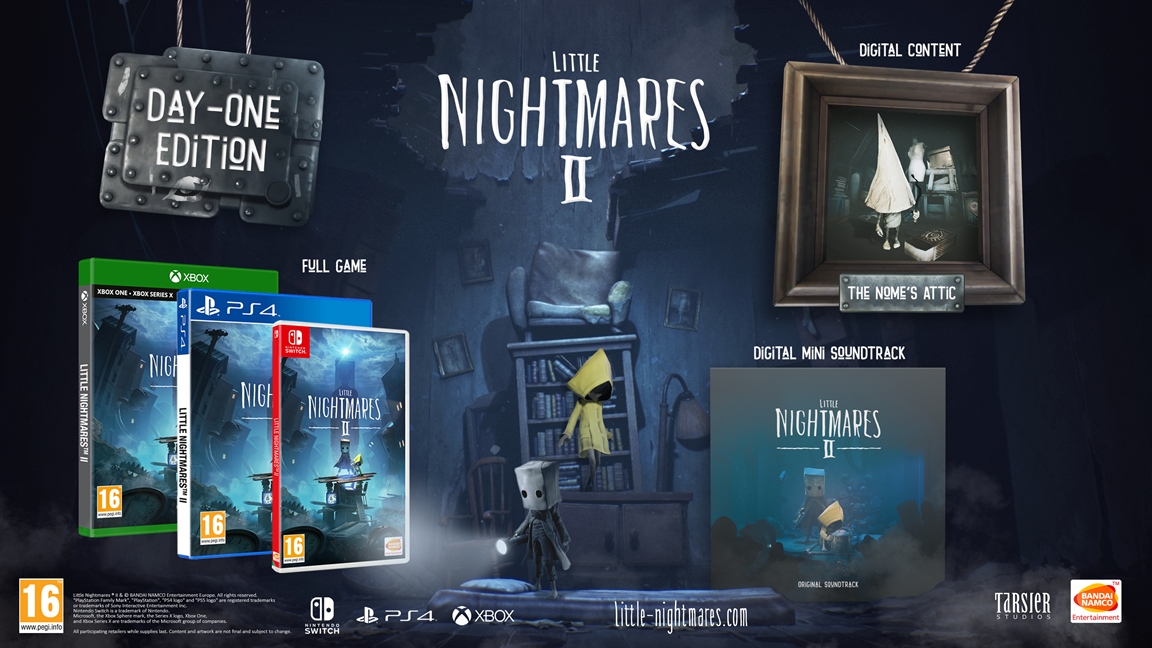 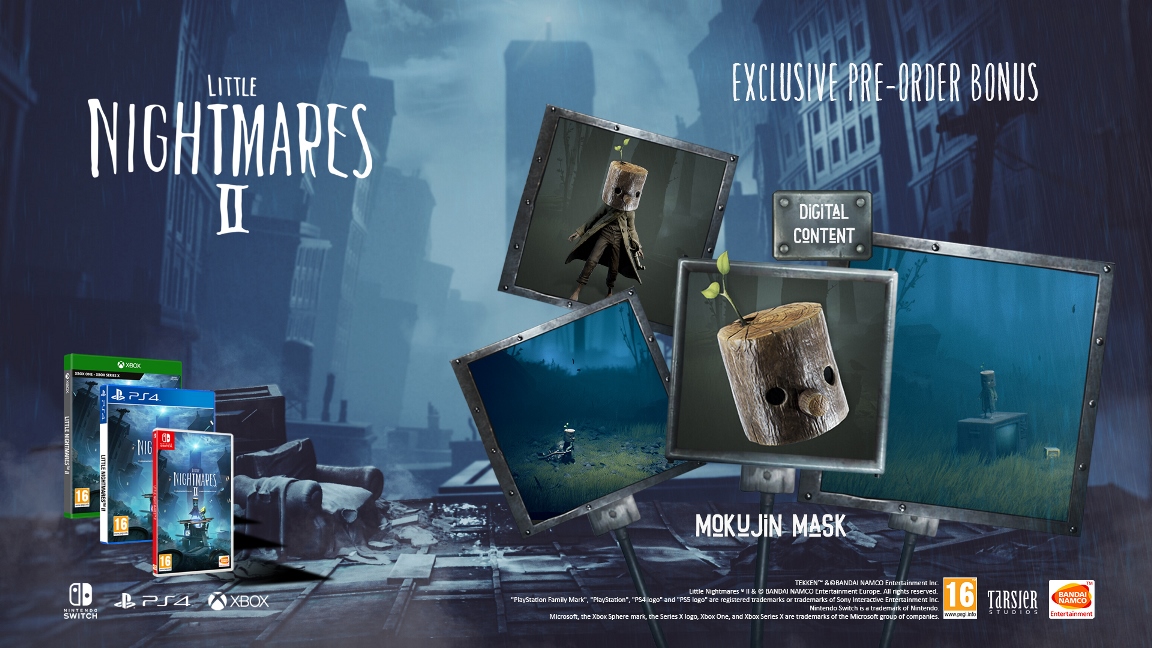