Posted on September 7, 2014 by Brian(@NE_Brian) in GameCube, Images 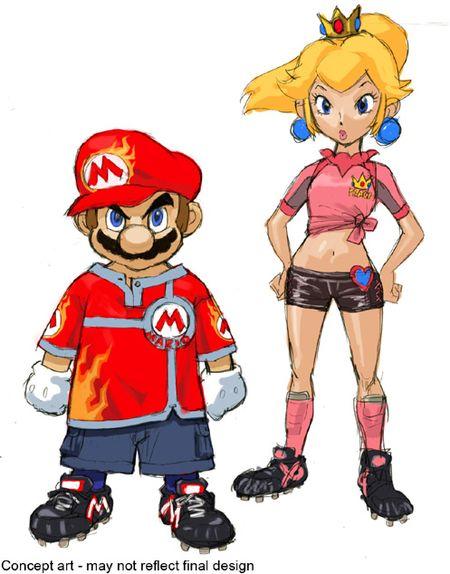 Following up on today’s news regarding Mario Strikers Charged, new concept art has appeared from the game’s predecessor. Mario and Peach are both in the image. With Super Mario Strikers, Next Level Games was originally going to take inspiration from street football.