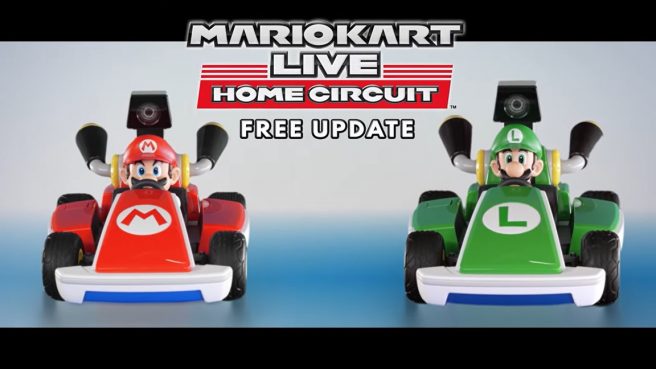 Nintendo and Velan Studios have just started distribution of a new 2.0.0 update for Mario Kart Live: Home Circuit. This comes a year following the game’s launch.

New features and content have come to the game. As one of the major highlights, players can connect two karts to one Switch system for split-screen multiplayer or play any Grand Prix cup with 2-4 players in the new Relay Race multiplayer mode. Additionally, Luigi Cup has been added with three new tracks: Windmill Meadows, Music Broadway, and King Boo’s Courtyard. Those that come within third place here will be able to unlock the new Poltergust G-00 kart and Spooky Horn.

You may recall that this past July, a notable 1.1.0 update was released for Mario Kart Live: Home Circuit. It added the Mario Cup plus three new Course Themes and a Gate to use in course creation, the Super Yoshi and Yoshi Horn kart designs available as unlockables, and general changes. You can find those patch notes right here.