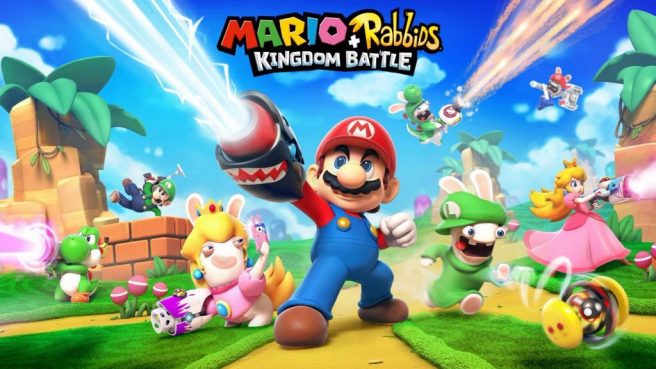 Mario + Rabbids Kingdom Battle director Davide Soliani has spoken about the pressure faced while making the game, and actually thought that people would end up hating it. He even believed it’d be the last game he’d work on.

To be fair, when the title leaked before its official reveal, many had doubts that a crossover between the Mario and Rabbids franchises would work. Soliani told GamesIndustry that he initially saw “the worst messages” on forums, but the consensus changed once the official announcement was made.

“I am always doubtful. Is what I’m doing what people really want? On the previous game I was so nervous and so sure that people would end up hating the game, that I was sending messages to some of my teammates saying: ‘Oh god, this will be the last game I ever do’. So even back then I was feeling a lot of pressure, even for a game that didn’t have any expectations. After four years of development where we put all of our love into it… you feel the pressure.

All it takes is for one small detail to be out of place. Or one person to say something wrong. Even on Kingdom Battle, we had been through a leak a couple of months before the official reveal at E3. And I remember going on forums and people were sending me the worst messages, which I’m not going to repeat. But then they changed their mind because they saw the game was made by people with passion. So we were lucky. It’s a tide you can’t control. You just hope for the best.”

You might have thought that the pressure would be off with the game’s sequel, Mario + Rabbids Sparks of Hope, but that isn’t the case. Soliani knows the team changed a lot when it comes to exploration and combat, and new RPG elements have been added. Because of that, at different points, he’s “been very worried”, and apparently the game’s producer has been as well.

As one last tidbit from the interview, Soliani said he “was hearing the orchestral recordings that we did, and I was crying… if these composers don’t get awards for this, I will change my job.”