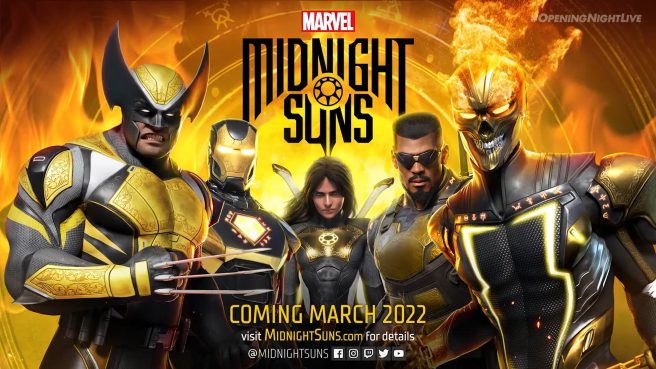 According to creative director Jake Solomon, the game will star The Hunter as a brand new hero made in partnership with Marvel, and the character can be full customized in terms of appearance and combat. The title is described as a “tactical RPG set in the darker side of the Marvel Universe, putting you face-to-face against demonic forces of the underworld as you team up with and live among the Midnight Suns, Earth’s last line of defense.” You’ll be tasked with defeating Lilith, who’s out to destroy the world.

The first trailer that debuted at Gamescom was all CG. However, we’ll be getting a first look at gameplay on September 1.

Watch the first trailer below.