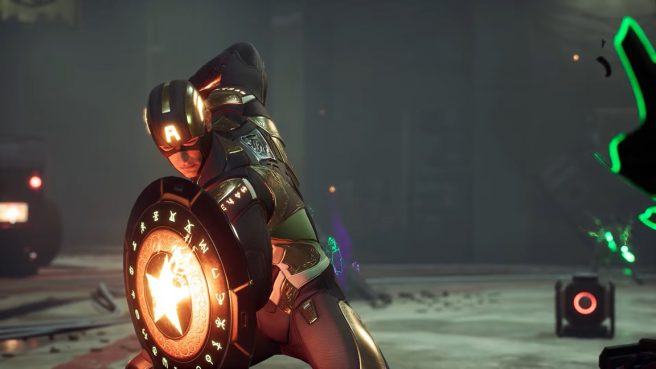 This week, 2K issued a new trailer for Captain America in Marvel’s Midnight Suns. The character, who was initially a scrawny Army reject, never backs down from a fight.

A scrawny Army reject at the outset of World War II, Steve Rogers became a powerful Super Hero and decorated veteran known as Captain America by the war’s end. Denied entrance into the armed forces due to his health, Steve realized his only hope of fighting for liberty and justice was to volunteer for a risky military science experiment. He was injected with Super-Soldier Serum and physically transformed into a powerful enemy of evil with legendary strength of body and spirit.

An accident near the end of the war left Captain America frozen in suspended animation until the modern day, making him at first a fish-out-of-water in much the same way as the newly-resurrected Hunter…with the additional complication of having more experience fighting Nazis than supernatural demon-kin. However, Cap’s eagerness to serve the good of humankind meant he didn’t hesitate to answer the call of the Midnight Suns.

Marvel’s Midnight Suns will initially release on October 7, though the Switch version will be out at a later date.