Mary Skelter 2 out for Switch in Japan on August 22 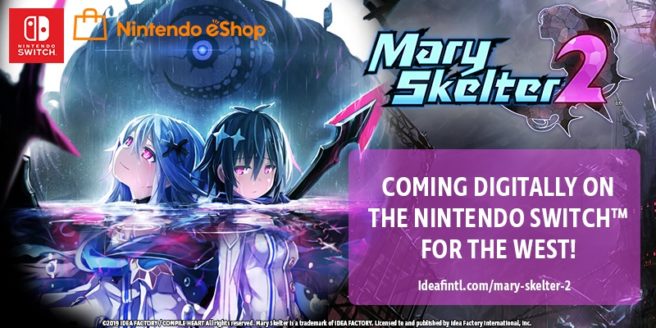 While we’re still waiting to find out when exactly Mary Skelter 2 will be out in the west, the game has been dated for Switch in Japan. Compile Heart will release the title on August 22.

Fans will be able to purchase a physical copy for 7,776 yen or the digital version for 6,912 yen. A limited edition will also be sold for 10,476 yen. The package includes a set of nine clear cards, a booklet (with art materials and special words by Yomoji Otono), and a 21-track original soundtrack CD. Those who pre-order Mary Skelter 2 will receive an illustration card with a download code for “Jailbreak Support Materials,” which includes access to special equipment and item sets that will help the player out in the game.

Here’s an overview of Mary Skelter 2:

Mary Skelter 2 evolves the core elements in Mary Skelter: Nightmares to bring to you a world teeming with twists and turns, topped with a new battle feature where the previous protagonist, Jack, is now a Nightmare. Players can use his Nightmare powers to defeat enemies, but at a maddening cost. Set in an alternate reality that includes familiar characters from the first installment, players must relive the torturous dungeon experiences and find ways to feed an almost insatiable prison. Will you be able to escape this prison and find sanctuary or will you fall into the clutches of madness?