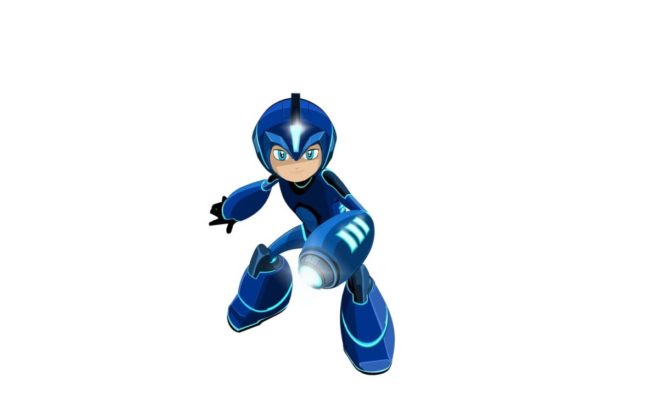 The new animated Mega Man series will follow Aki Light – a normal, upbeat, and above all optimistic young school-aged robot living in Silicon City. He soon learns that deep within his programming are secret protocols that allow him to transform – giving him nanocore armor, a Mega Buster, and the iconic helmet to turn him into a superhero – Mega Man!

Promising exciting new technologies and new robots, the series will follow the adventures and trials of Aki Light – a.k.a. Mega Man – as he faces off against threats to Silicon City, while trying to keep his superhero identity a secret and maintain a normal robot schoolkid life.

DHX Media and Dentsu Entertainment USA have reached a global deal to develop, co-produce, distribute and jointly manage licensing for the new Mega Man animated series. With today’s announcement, the first piece of promo material (above) has been revealed alongside details.

Aimed at kids 6 to 9, as well as their parents who grew up loving the videogames, the animated series will feature exciting new technologies and robots, as well as the introduction of Mega Man’s alter-ego, Aki Light, a normal, upbeat, schoolboy robot. When activated, his skin re-forms – in a flurry of computer code and visual pyrotechnics – into a suit of impenetrable nanocore armor, including the iconic Mega Buster arm cannon and helmet. Beloved characters, like Rush, will return – while new characters, like Mega Mini, will make their debut!

The new Mega Man animated series will debut next year to coincide with the series’ 30th anniversary.