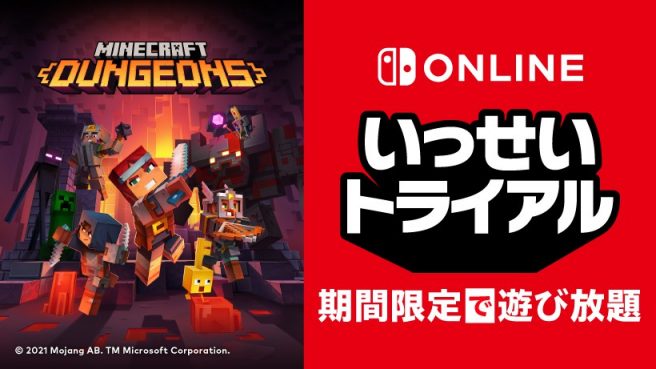 It’s been announced that Minecraft Dungeons will be offered as the next Nintendo Switch Online Game Trial in Japan. Between August 9 and August 15, it can be played for free with an active subscription. Save data carries over to the full version.

Unlike other Game Trials, there’s currently no word on any upcoming sale planned for Minecraft Dungeons.

Note that the demo can only be accessed with a Japanese Nintendo Switch Online subscription. If the Game Trial is extended to North America or Europe, we’ll be sure to let you know.