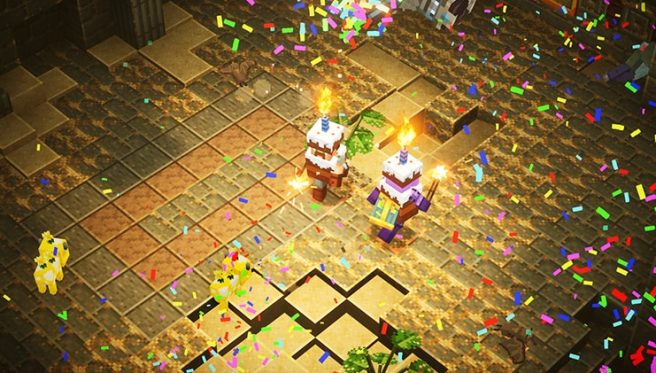 Minecraft Dungeons has just kicked off its second anniversary event and has released a new version 1.15.0.0 update.

After installing the patch, players can partake in the party. The event, which ends on June 15, offers seasonal trials to collect both gear and the elegant anniversary cape. A special tower challenge can also be cleared to earn the baby moobloom pet.

As for the new 1.15.0.0 update for Minecraft Dungeons, we have those patch notes below.

The following is an issue that the development team is aware of and will be working to resolve in an upcoming update: