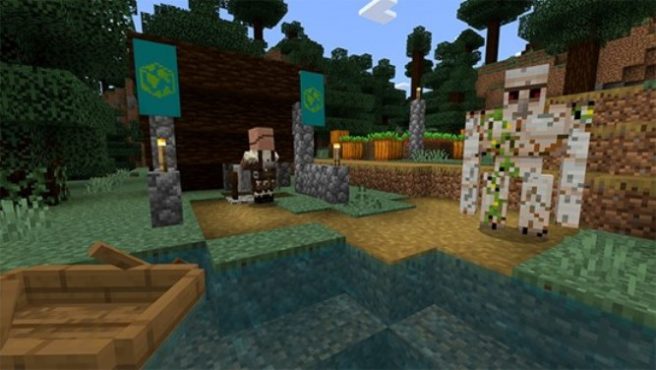 A big 1.18.10 update has landed in Minecraft. It includes lots of fixes and quality of life changes including the addition of a Globe Banner Pattern, Iron Golems that now show different degrees of cracking depending on their health, texture updates to match Java Edition, new experimental features with Frogs and Tadpoles, and more.

Below are the full patch notes for the Minecraft version 1.18.10 update:

More experimental features will become available in future releases. This is only the beginning of new content for The Wild Update!