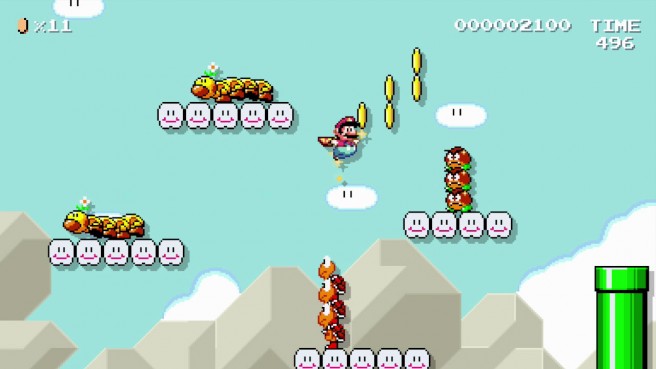 Mario creator Shigeru Miyamoto reflected on the classic character he created in an interview with The New York Times. In a few of his comments, Miyamoto spoke about how he wanted Mario to achieve great success much like Mickey Mouse.

“I really wanted him to make my Mickey Mouse. I wanted to use him in all the different games I made. My hope was that 10 or 20 years down the road, he would be the iconic character of video games. I feel tremendously fortunate that’s what came to pass.”

Miyamoto also spoke about the evolution of Mario as a whole:

“We were only able to have five Koopas on screen at one time. As the technology has evolved, we’ve gone on to having more enemies, 3-D technology and analog sticks. I’ve been fortunate that at every phase of new technology, we’ve been able to introduce a new ‘Mario’ game that leverages it without having to think too deeply about a new story. It’s kept ‘Mario’ fresh and exciting for people throughout the 30 years of the series.”

Lastly from Miyamoto, he talked about what the motivation was behind Super Mario Maker.

“I thought after 30 years, it would be perfect to reward creative players with the ability to build their own levels and be able to engage in the type of communication where a player and a creator can share the results.”

The New York Times also has a few words from Nintendo senior producer Katsuya Eguchi. When asked if giving up control of Mario to players means the character will retire, he mentioned:

“I think this might actually be motivation for us. Those of us in the industry will be like, ‘Really? You’re going to throw that down?’ We’ll be jealous, and then we’ll show them how to really do it.”