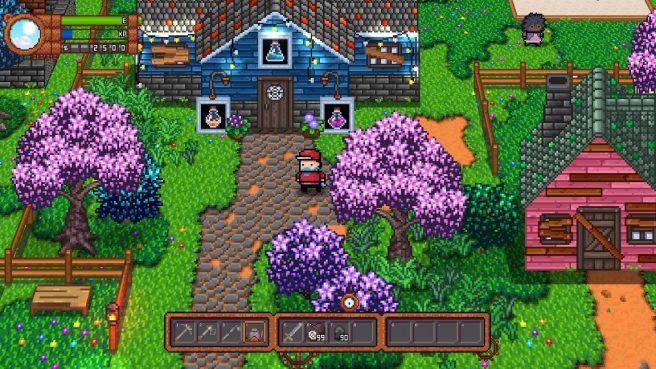 Merge Games and Maple Powered Games have set a final release date for the action farming RPG Monster Harvest. Initially, it will be landing digitally on May 13. A physical version will follow on June 8 in North America and June 4 in Europe.

Here’s an official overview of Monster Harvest with plenty of details:

Monster Harvest is a monster collecting and farming action RPG with a twist! Grow, collect and mutate your crops then take them into battle! Filled with places to discover and multiple ways to build your farm, get ready to craft, explore and battle across the vibrant world of Planimal Point.

During the journey through Planimal Point players discover strange Slimes which can mutate your crops in ways they would never have imagined! Depending on the season, the Slime or the crop you mutate, players will be able to create up to 72 different mutations!

Some crops will mutate into Planimals who are loyal mutated crops that stay by the players side through thick and thin. They’ll be a key companion as players adventure across Planimal Point, taking part in thrilling turn-based battles and exploring dungeons as you try to bring down the evil SlimeCo.

– Farm with mutants! Use magical slimes to mutate the crops you grow on your farm.
– Collectible Planimal companions! Some slimes mutate your crops into Planimals!
– Take your loyal companions into battle as you look to save Planimal Point from the Evil SlimeCo.
– Three unique seasons: Dry, Wet, and Dark – Strange weather and seasons shift what the player can grow.
– Venture into the town of Planimal Point – Discover the people and creatures that live there, build relationships to gain discounts in stores.
– Craft dozens of items for your farm and your house.

We’ve included a new trailer for Monster Harvest below.