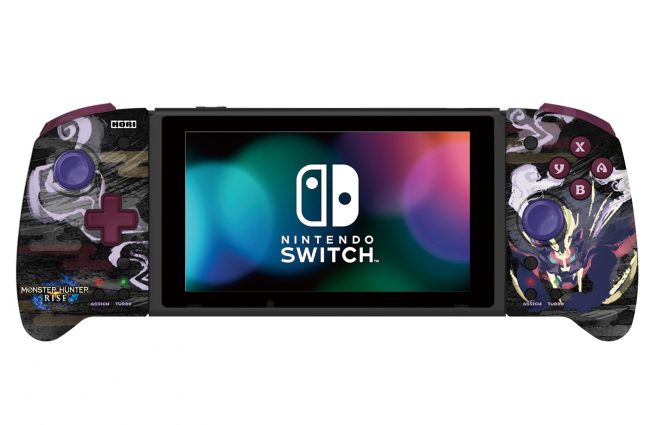 Original (2/24): HORI has come out with a few different Split Pad Pro designs in the past. It’s an alternate take on the Switch Joy-Con with a full-size controller experience in handheld mode, a larger grip, d-pad, programmable rear buttons, assignable buttons, and more.

HORI today revealed the next design in its Split Pad Pro line. In April, there will be a new version based on Monster Hunter Rise.

Monster Hunter Rise launches on March 26, while the Split Pad Pro follows on April 26 in Japan. We’ll let you know if there’s anything announced for the west, though importing is an option for now.