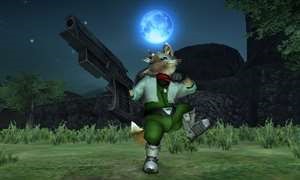 Capcom has confirmed that the three Nintendo collaborations – Star Fox, Zelda, and Metroid – for Monster Hunter X will be available tomorrow via 7-Eleven stores in Japan. This will last through February 9.

Here’s a breakdown of each:

The Legend of Zelda

The Kirimi-chan collaboration also came out on New Year’s Day and will be distributed until February 14. After playing through the “Sanrio: Save the Fish!” event, players will receive a Palico armor set along with a Guild Card background and title.