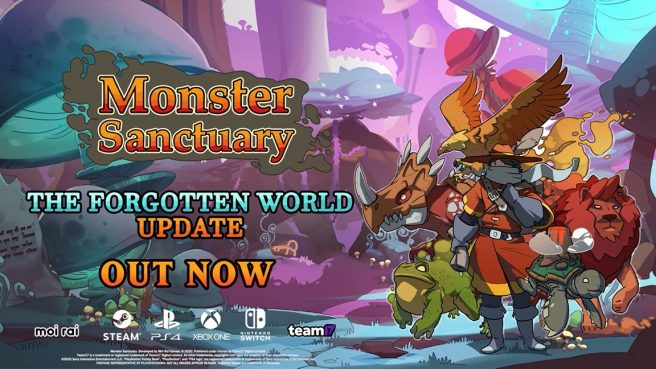 Monster Sanctuary received its latest patch today known as The Forgotten World, and a new trailer has provided a closer look at the additions.

As a reminder, the update includes ten new monsters (five of which were designs from the community) for players to add to their team, two new outfits, 78 new skills, 13 new items, and three new game modes (Bravery Mode, Randomizer, and Permadeath) that can be combined freely, allowing players to customize their Monster Sanctuary experience for endless replayability. We have the full patch notes here for those that missed it previously.

Monster Sanctuary The Forgotten World can be purchased digitally on the Switch eShop. Limited Run Games has also been responsible for a physical release of the game.