Moving Out – “Moving In” update announced, details and trailer 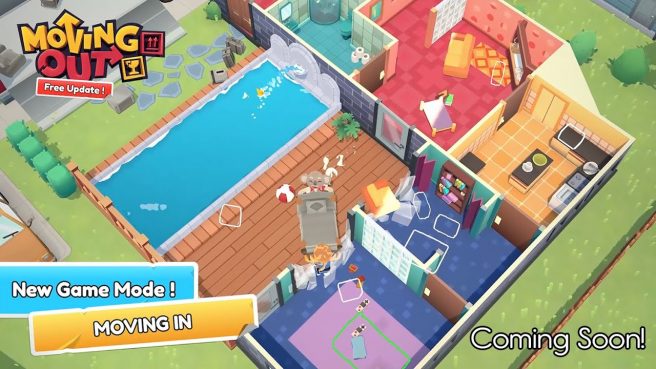 Team17, DevM Games, and SMG Studio today announced a new “Moving In” update for the co-op game Moving Out.

The main highlight is that in twelve of the game’s levels, players are tasked with unpacking the van and placing items into their new homes. That’s on top of a new ‘auto snap’ option to the assist mode to help players position items exactly where they’re needed, the ability for players to customize their character’s shirts, and two brand-new dance moves known as The Prospector and Loveshack.

The new update for Moving Out will be made available “soon” on Switch.