Posted on September 20, 2016 by Brian(@NE_Brian) in General Nintendo, News 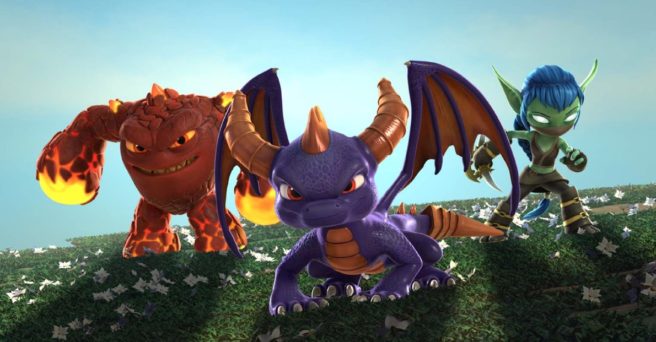 Activision announced in June that Skylanders Academy, the animated show based on its popular toys-to-life game series, will debut on Netflix this fall. A specific premiere date was shared today.

Netflix will have the first Skylanders Academy episodes on October 28. Season 2 is also in the works, and is planned for late 2017.

Here’s an overview of the show:

Based on Activision Blizzard’s record-breaking video game franchise, the show follows the heroic adventures of Spyro, Eruptor, Stealth Elf, Jet-Vac and Pop Fizz as they travel the vast Skylands universe, protecting it from evil-doers.

As darkness begins to threaten the balance of peace in the Skylands, Master Eon is forced to assemble a ragtag group of heroes to protect the universe from evil-doers Kaos and the Doom Raiders. Using their unique blend of personalities and elemental-based super powers, Spyro and his fellow Skylanders are called upon to set aside egos as they come together to maintain harmony and balance in the land. Jam-packed with humour, heart and memorable moments, Skylanders Academy promises to keep viewers on the edge of their seats with epic action for kids of all ages.