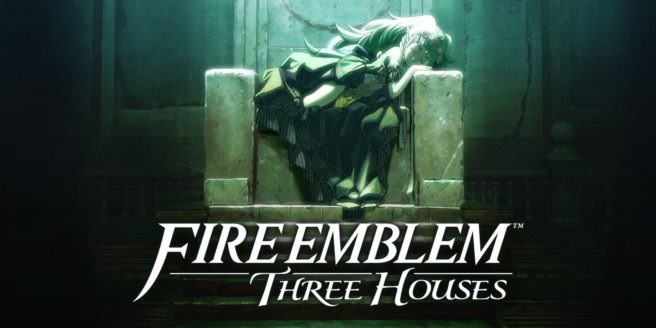 This week’s issue of Famitsu has an update on Fire Emblem: Three Houses. In the magazine, the latest details on the game’s characters and gameplay systems are shared.

– A legendary being who is also said to be the strongest knight in history
– Was summoned to Garreg Mach Monastery together with the protagonist, which makes him return to the Knights once again

– A mysterious girl who looks young but speaks in an old manner
– She saves the protag at the fateful night
– She normally doesn’t show herself up and she speaks with telepathy into your head, so no one except you notice her
– She also lost the memory of her true self

– An eloquent youth who has good manners & embodied chivalry, but he somehow holds a shadow
– Perhaps because the Holy Kingdom of Faerghus is known for its knights, many of the students here are good at using spears

– A friendly youth whose smile fits him well
– Although he doesn’t seem like thinking of things too deeply, he has a sharp insight
– Compared to the other classes, Golden Deer has more commoner students
– Many of them are also good at using bows

– Game is confirmed having a time rewind system
– This is made possible by Sothis’ ability to turn back time
– The system is similar to FE Echoes where you can rewind per movement but the amount of usage allowed is also limited
– Terrain effects: Other than determining movement costs and evasion rates, some spots may have gimmicks such as healing HP or even warp a character to another spot
– When the game is just booted, there will be choices for Normal/Hard difficulty and Casual/Classic mode
– Class Change now uses a Qualification Exam system: Character needs to spend Exam Passes and the chance of passing improves with correct skill ranks
– Once the class has been unlocked, the character can freely change back anytime
– Level won’t go back to Lv1 either
– Characters start in Commoner or Noble class depending on their origins, but these starting classes are same stat-wise: can just use some magic with no other highlights
– The first class upgrades after Lv5: Myrmidon (Sword), Soldier (Spear), Warrior (Axe & Bow), Monk (Magic)
– Ranked skills: Sword Skill, Spear Skill, Axe Skill, Bow Skill, Physics (Black & Dark magic), Faith (White magic), Flying (Flier classes), Heavy Armor (Armored classes), Horseriding (Cavalry classes)
– Each character has good & bad ranks

In case you missed it, you can find the new Fire Emblem: Three Houses scans here.