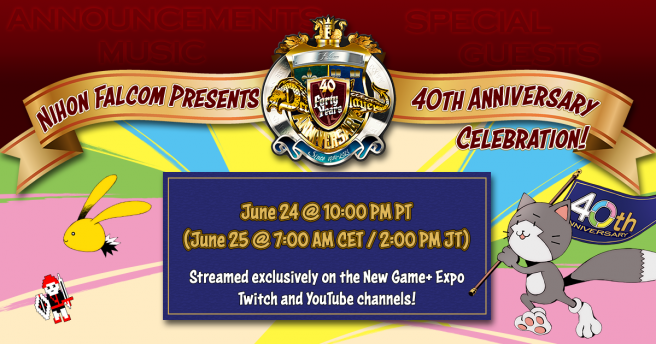 It’s been announced that a special event will be live streamed next week in celebration of Nihon Falcom’s 40th anniversary. Fans can expect a free virtual concert from Falcom jdk BAND that features tracks spanning four decades of Nihon Falcom’s game history, a special message from president Toshihiro Kondo, and new announcements plus surprises.

The event will be held on the following days / times:

If you’d like to watch the Nihon Falcom 40th anniversary event as it happens, note that it will be live streamed on the New Game Plus Expo YouTube and Twitch channels.