Ninjala to kick off new anime next week

Posted on January 8, 2022 by Brian(@NE_Brian) in General Nintendo, News, Switch 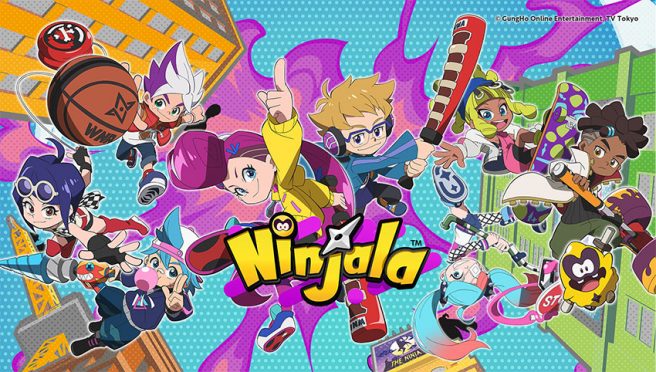 Ninjala already have a five-episode anime that largely ran in 2020, but GungHo is revisiting the concept with a new series that will be starting soon. Fans can watch the first episode starting next week.

It’s been confirmed that the upcoming series will feature all of the main characters. Burton, Berecca, Ron, Van, Emma, Jane, Kappei, and Lucy – along with Gumchi – will be appearing.

Ninja-Gum, a substance known to strengthen the power of the Shinobi that dwells within and draw it out…

Burton, Berecca, and Ron, three researchers at the World Ninja Association, or WNA, take it on themselves to develop it in secret. Unfortunately, they have only managed to produce failure after failure.

But after three whole years of experimentation, they finally succeed in producing Ninja-Gum!

“Ninjala”, the extreme ninja battle tournament that uses Ninja-Gum is held in order to find the strongest Shinobi, but incidents and conspiracies involving Ninja-Gum and the existence of unknown beings take place behind the scenes…

According to GungHo, the new Ninjala anime will kick off on January 13 at 7 PM PT / 10 PM ET. It sounds like episodes will be available for one week only on the PlayNinjala YouTube channel.