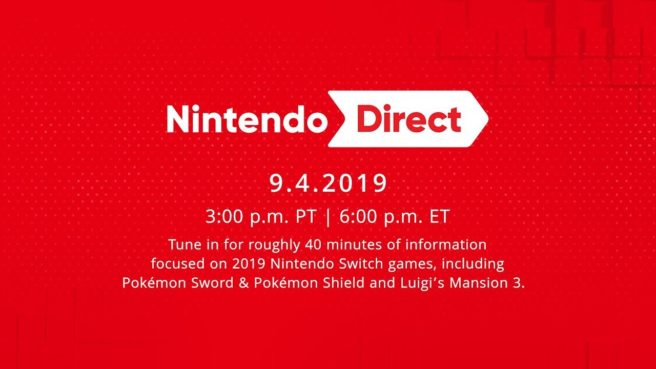 Today’s Nintendo Direct will be starting in an hour from now. Nintendo will be kicking off the broadcast at 3 PM PT / 6 PM ET / 11 PM in the UK / 12 AM in Europe.

As previously mentioned, the Nintendo Direct will focus in 2019 games. Expect to hear more about Pokemon Sword/Shield, Luigi’s Mansion 3, and many more games.

You can watch the Nintendo Direct as it happens below. We’ll also have a live blog going past the break. Finally, new posts will be added to the site throughout and after the presentation.

Return of the Obra Dinn

The Legend of Zelda: Link’s Awakening

Deady Premonition 2: A Blessing in Disguise

Mario and Sonic at the Olympic Games