Nintendo files patent for digital card format, possibly has something to do with Pokemon 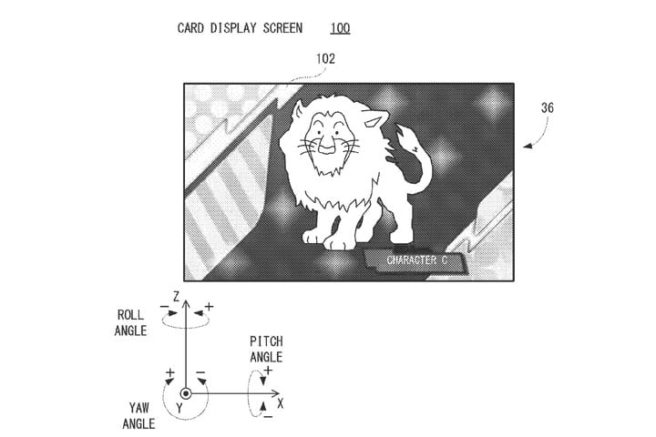 Another interesting Nintendo patent surfaced this week. On Wednesday, the company filed an application for a “non-limiting example game apparatus” involving a “card display screen including an image of a card object” displayed on the apparatus’ screen.

What the patent boils down to is a digital card format, perhaps for something Pokemon-related. Here’s one excerpt from the application:

And a few more details:

– The card shows a a composite made of a background
– Also shows a “color change image” that will differ according to “an attitude of the game apparatus”
– This could point to the image changing when a monster is damaged in battle, reflecting their drop in health in real time
– The application says depending on where the user is positioned in relation to the card, it can appear to “glitter”

Arguably the biggest hint of the patent being Pokemon-related is that the card system can be used to capture “the character of the wild monster by operating the player character and making it a fellow character.”