Nintendo on rising sales in Asia, Ring Fit Adventure “off to a great start” in China 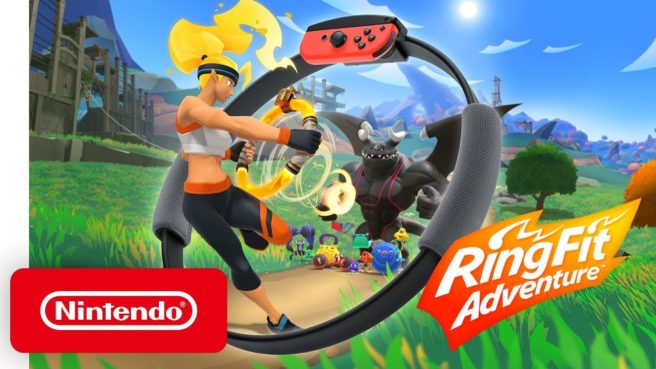 When you think about Nintendo’s major markets, North America, Europe, and Japan come to mind. However, other regions of the world are beginning to have more of an impact, including Asia.

Nintendo president Shuntaro Furukawa spoke about sales in Asia during the company’s latest financial results conference call. As part of that, we hear that in China, “Ring Fit Adventure got off to a great start when it was released by them on September 3 and it continues to sell well.”

Furukawa had this to say about Asia:

Nintendo uses this term primarily to refer to Australia, New Zealand and regions of Asia outside Japan. Looking at growth in regional sales compared to the same period of the previous fiscal year, we see that whereas sales grew by 67% in Japan, 61% in the Americas and 72% in Europe, sales for the “other” region grew by a huge 152%.

Sales in the Asia region excluding Japan were 6.7 times higher in the fiscal year ended March 2020 compared to the year ended March 2017, when Nintendo Switch was launched. At the time of the Nintendo Switch launch, it was only available in the “other” regions of Hong Kong, Singapore and parts of the Middle East. Since then, the sales regions have broadened to include South Korea, Taiwan, mainland China (sales by Tencent) and other parts of Southeast Asia. In looking at how our sales in the Asia region have grown to be a larger part of our business, we are now able to release many Nintendo titles at the same time they debut in the major markets of Japan, the U.S. and Europe, as we have been trying to more efficiently localize our software with more languages in accordance with the increasing sales in regions such as South Korea and Taiwan. Talking about software sales in the Asia region, in addition to the
previous extremely strong showing by the Pokémon franchise titles, the sales numbers are also growing for evergreen Nintendo titles, and now a wide range of consumers have begun purchasing Ring Fit Adventure and Animal Crossing: New Horizons. In Australia, sales of Nintendo Switch are growing steadily at a similar rate to the good performance in Japan, the U.S. and Europe.