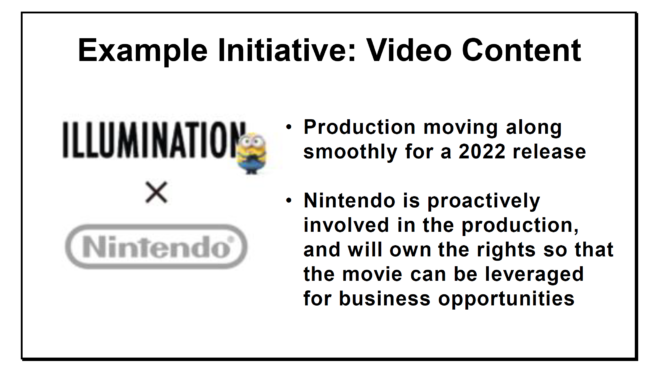 As a result of our partnership with Universal Parks & Resorts, SUPER NINTENDO WORLD is under construction at Universal Studios Japan, and is an especially large initiative in our strategy to expand the number of people who have access to Nintendo IP. The SUPER NINTENDO WORLD area is scheduled to open this year, before the start of the 2020 Tokyo Olympics. In the SUPER NINTENDO WORLD area guests can enjoy the world of a Mario gamelike experience, like hitting a real-life Question Block, with their whole body. The area will have multiple themed areas, focusing on a cutting-edge Mario Kart-themed ride and a family-friendly Yoshi-themed ride, as well as plenty of restaurants and shops.

There will also be a variety of areas with interactive experiences, that can be accessed using a special wristband called the “Power Up Band”. Universal Studios Japan released new images and information earlier on January 14th, and they will continue to release information in preparation for opening. As already announced, this initiative is not limited to Universal Studios Japan, but will also be expanded to Hollywood and Orlando in the US, as well as Singapore.

The motion picture project that we are developing in partnership with Illumination, is one of the bigger examples of such projects that we are undertaking. As we have shared previously, production is moving along smoothly aiming for a theatrical release in 2022.

This is a project that Nintendo is proactively involved in from its development and production, and we will also ownthe rights so that the movie can be leveraged for business opportunities.

The movie will be jointly produced by Mr. Shigeru Miyamoto, Representative Director and Fellow at Nintendo, as well as Mr. Chris Meledandri, founder and CEO of Illumination.