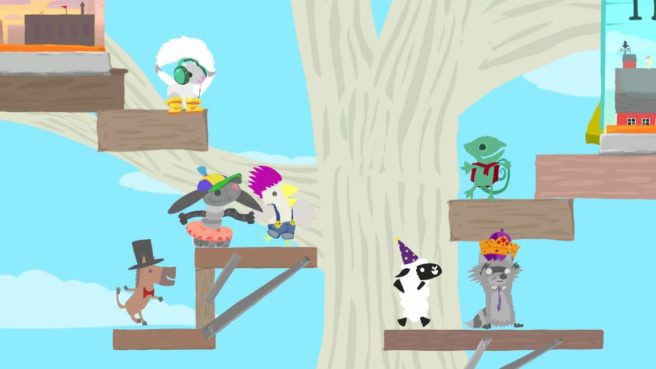 As was recently announced, Ultimate Chicken Horse is heading to consoles. That thankfully includes Switch. We have Nintendo to thank for it happening (at least partially), since the game’s developer says the big N “pushed pretty hard” for it to happen.

“The Switch has been an obvious choice for UCH (Ultimate Chicken Horse) since we started hearing rumors of it as the NX. Nintendo is traditionally quite closed about information and working with indies, but they’re doing a better job now and have pushed pretty hard for us to come out on Switch. Now that the information about the console is public, it’s easy to tell why the game is perfect for a party system like theirs.”

Ultimate Chicken Horse should be on Switch this summer if all goes well.