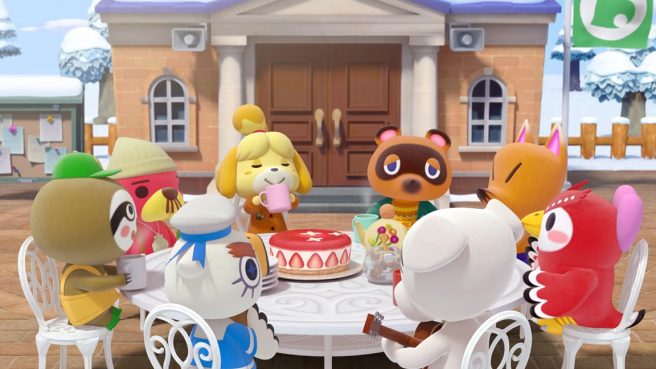 Animal Crossing: New Horizons was by far Nintendo’s most successful title of the year. Aside from its massive sales success, it was more than just a game. It seemed to just pop up in many different places and many different ways, especially as a result of the pandemic this year.

Speaking with Polygon, Nintendo of America president Doug Bowser talked about about the game’s success, noting that it performed well beyond expectations. He stated:

“‘Well beyond expectations’ is, I think, the simplest way to put it in. I don’t know that we expected it to be truly the cultural touchpoint that it became across the globe. And what we were pleased to see is how it redefined how people thought about video games and how they incorporated it in their lives.

We saw people celebrating graduations; having birthday parties; weddings, even – virtually, through the game itself. And we were pleased to see that we were able to provide a bit of a respite in what was pretty chaotic times and challenging times for folks. So it’s a result of many things. First of all: Developers did a wonderful job of creating a great universe, a great environment, great characters, and so that was very much engaging. But then, of course, the time of its release allowed a number of people who hadn’t even played video games to come in and enjoy and understand not only video games, but understand Animal Crossing much further.”

Bowser went on to comment on how Animal Crossing: New Horizons could be supported in the future:

I think the thing that is very unique and different about Animal Crossing: New Horizons, however, is also the [user-generated content], and people’s ability to really lean into user-generated content and make that available and to share that with their friends. And that doesn’t happen on any cadence. That’s an ongoing, constantly changing and evolving environment where people can visit each other’s islands and take advantage of that UGC, bring it to their islands and share it. So I think that’s another aspect that really is strengthening the engagement over time with Animal Crossing.”

Finally, when asked if he foresees Animal Crossing: New Horizons getting more updates in 2021 like we’ve seen this year year, Bowser said: “We definitely see that continuing.”