Posted on September 22, 2021 by Brian(@NE_Brian) in General Nintendo, News 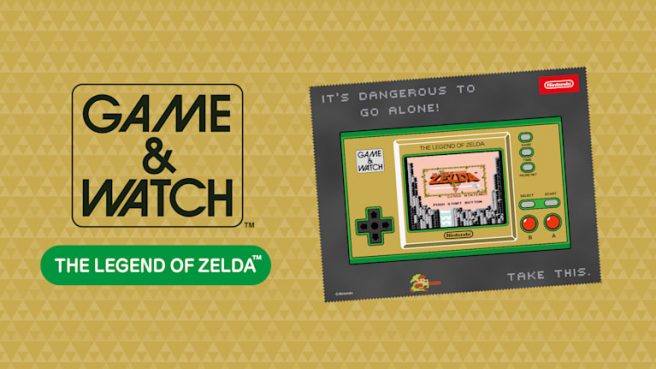 Like many other products available through the UK My Nintendo Store, the Game & Watch: The Legend of Zelda will come with a pre-order bonus. Buyers will receive a free microfiber cloth while supplies last. You can see what the design looks like above.

If you already pre-ordered the new Game & Watch from the UK My Nintendo Store, nothing else is needed to be done on your end. These orders will automatically be upgraded, according to Nintendo.

This is the second Game & Watch Nintendo has come out with to celebrate a big anniversary. Super Mario received the same treatment last year for its 35th anniversary as well.

Game & Watch: The Legend of Zelda releases on November 12 with the UK My Nintendo Store pre-order bonus. You can put in a reservation here.

More: pre-order, The Legend of Zelda