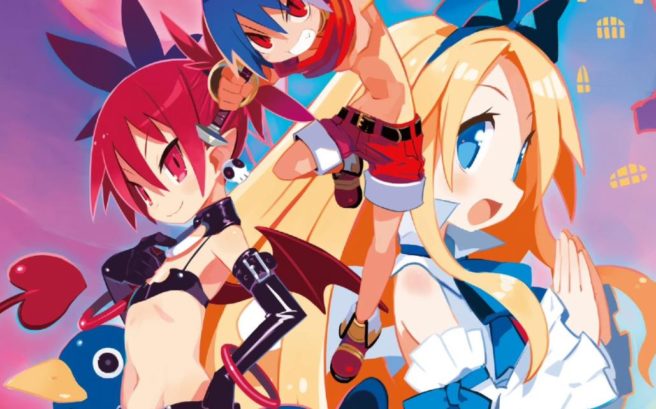 At the Tokyo Game Show, Game Informer caught up with Nippon Ichi president Sohei Niikawa. Niikawa had a few interesting things to say about supporting Switch and more.

During the interview, Niikawa mentioned that NIS “wants to continue to release more and more games” on Switch. He said the following about releasing games on the platform:

“I definitely feel the Nintendo Switch is a very appealing platform. And what I mean by appealing is that at home you can play it on your TV and then you can pick it up and play it on the go as well. It’s a platform that’s perfect for people all over the world, that meets everyone’s needs. And as a company, Nippon Ichi Software wants to continue to release more and more games on it. What really contributed to that decision was Disgaea 5’s success on the platform. We were actually surprised, in terms of sales for North America and Europe, it did much better than our expectations.”

“Disgaea is a title that was born in Japan, but I feel it’s a title that has been more well-received overseas. As for why that is, I have no clue, but because that is the case we’re going to make more and more Disgaeas and release them into the world.”

“Yes, it’s (Disgaea 6) been in the works from the preparatory stages from a while back, but in terms in when it will be released and what’s actually going to be in it content-wise, that’s still TBD. It’s still very early.”

Last but not least, Niikawa reiterated that Switch is one of the platforms NIS will continue to target, and also wants to bring attention to Labyrinth of Refrain: Coven of Dusk:

“As Nippon Ichi Software, we’d like to continue in the consumer sphere, which is what we consider consoles and handhelds – not mobile, essentially. Specifically, [we’re targeting] the PlayStation 4, Switch, and Steam. That’s the general strategy going forward.

… This goes back to earlier in the conversation, but again, just going forward [our goal is] making Disgaea 6 up to the level that everyone is expecting. Another series we’re definitely looking to bring a lot of attention to, which just came out in North America, is Labyrinth of Refrain: Coven of Dusk. This is a game we put a lot of time and energy into, to strictly call it by its genre type it’d be a [dungeon crawler]. To compare it to Disgaea, which is a strategy/RPG, the things [Disgaea] did were pretty revolutionary and pretty crazy. It kind of turned SRPGs on their heads. I feel the say way about some of the systems in Labyrinth of Refrain: Coven of Dusk.”