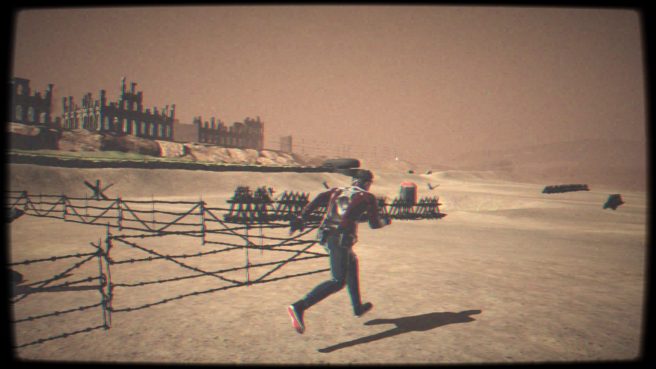 – Complete opposite of Perfect World
– Desolate area designed to reproduce a devastated battlefield
– Has barbed wire, buildings in ruin, and more
– Features a special CRT-style filter

– If you reach game over, you can retry or return to the motel
– Retry triggers the Retry Roulette
– You can try your luck and get various buffs based on which part of the roulette the dot stops on
– Can get buffs such as invincibility, attack power up, and more
– You can also get some “debuffs”
– If you land on Jess Baptiste VI (Goddamn Unlucky), you get to restart with your Beam Katana completely out of energy

– This is one of the Death Glove powers
– Creates a field of heavy gravity
– Any enemy caught inside it will see their movements slowed down considerably
– While enemies are stuck in Death Slow, you can take advantage of their slowness to heal