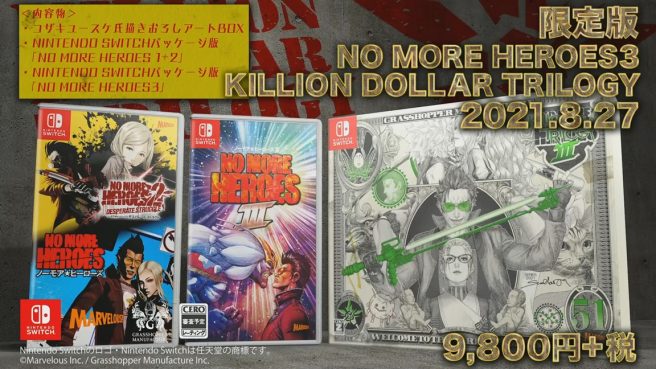 Update (4/13): Play-Asia has opened pre-orders for the No More Heroes 3 Killion Dollar Trilogy here. It should ship to most countries.

Original (4/8): During today’s No More Heroes 3 stream, a lengthy trailer for the game debuted. It shows off the upcoming Switch title while also looking back on the series’ previous entries.