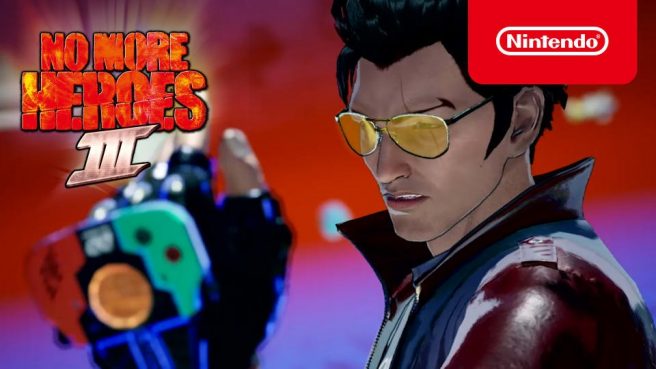 Grasshopper Manufacture has issued a new 1.0.2 update for No More Heroes 3. It comes with some adjustments, a bunch of fixes, improvement in sound data quality, performance optimizations, and more.

We have the full patch notes straight from Grasshopper Manufacture. Continue on below to read more about the 1.0.2 update for No More Heroes 3.

– Unlock conditions for the “Dragon Road” Bike Mission have been reduced; the mission is now available after achieving Silver on at least six Bike Missions instead of Gold (on six Bike Missions).
– New BGM added to the Midori Midorikawa battle and Ryuichi battle.
– Two new types of pro wrestling moves available for Travis to use against Fullface (enemy).

All Switch players can access the No More Heroes 3 version 1.0.2 update now.