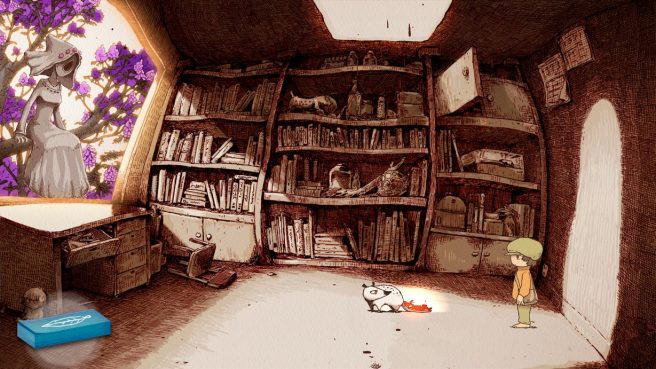 OU will not be launching this year as previously planned, as G-Mode along with room6 have announced that it has been delayed to Spring 2023.

The project was first announced in 2021 and was on track to release that year. However, a few months later, it was delayed to 2022. Today marks the second delay for the game.

As a refresher, here’s some information about OU:

The place is U-chronia, a hazy world that lives in hazy memories of the distant past. OU, a young boy, wakes up in a dried up riverbed without any memories of his own. He meets Zarry, an opossum with a flaming tail, who guides him on a journey to find out his story.

The Saudage Specter, who haunts the boy; Gemini, who looks just like him; The Weeping Woman “La Llorona,” who leads him to tragedy. All of them are there to change the Story and how it will end.

A pen-drawn world reminiscent of the illustrations in children’s literature, accompanied by guitar music ripe with nostalgia for an old hometown. This is the background where the Story, a story meant for someone, unfolds.

Just like a Michael Ende book, “OU” disguises itself as something else – an adventure game – to meet and interact with reality. OU is also a challenge – a challenge to games as a whole.

A side-scrolling adventure game in which you control a character on a field, which can be enjoyed by those who are not good at action games. There are various designs and functions of “labels,” which are used to solve riddles. You can also collect them. There are times when you have to run away from or confront huge monsters.

While the news about OU being delayed again will come as a disappointment for some, we do at least have a fourth trailer for the title. View it below.