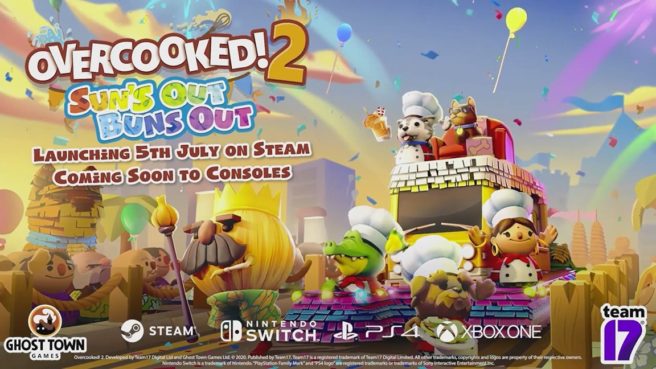 New DLC will soon be offered for Overcooked 2, known as Sun’s Out Buns.

Overcooked 2’s Sun’s Out Buns Out DLC will be out on Switch and other consoles shortly after the Steam debut on July 5. We have a trailer and footage for the new content below.