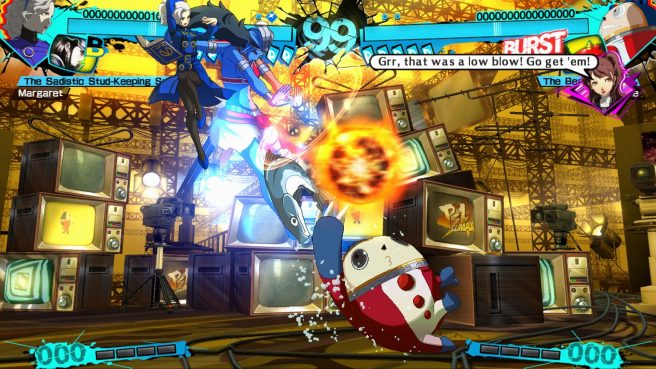 Atlus debuted a new “Fight” trailer for Persona 4 Arena Ultimax, which is just a couple of months away from landing on Switch. The port was initially announced at The Game Awards last month.

The stakes are Ultimate, the tension is Maximum, the fight is… the ULTIMAX! Experience the latest entry into the beloved Persona 4 series with a thrilling fighting twist. Join the heroes as they combat an army of Shadows in the P-1 CLIMAX!

View the new “Fight” trailer for Persona 4 Arena Ultimax below.

Persona 4 Arena Ultimax will be available physically and digitally for Switch on March 17.