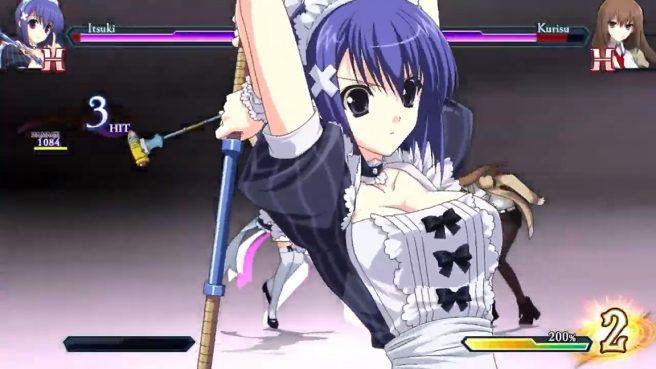 Another character trailer has arrived for Phantom Breaker: Omnia, with Rocket Panda Games and Mages now putting the focus on Itsuki. The character is voiced by Erica Lindbeck in English and Akiko Hasegawa in Japanese.

Over on the official website, Itsuki is given a bio with some additional information about the character. We’ve included that for you below.

An 18-year-old arbiter of justice! …And sometimes waitress at a maid cafe. When not serving customers, she hits opponents over the head with her battle hammer, “Maggie.”

Originally from an ultra-rich family, she attended elite schools and wanted for nothing until the economic crisis pulled the plug on her celebrity-like lifestyle. Left behind in Japan by her parents, she embarked on a quest to restore her family’s wealth. Overly-optimistic but cheerful.

Phantom Breaker: Omnia launches for Switch on March 15. Learn more about the game on the official website here.