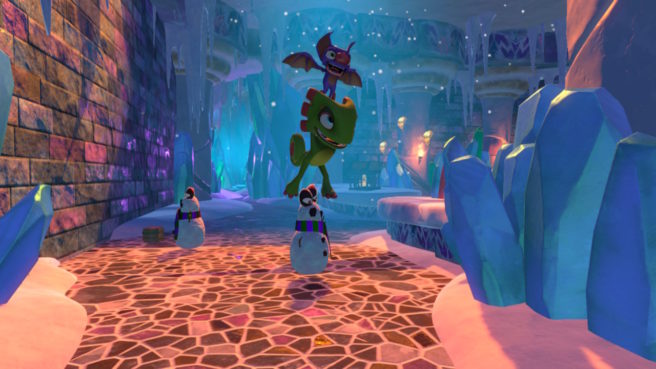 Yooka-Laylee was confirmed for Switch many months ago. However, it wasn’t until today that we received a release date for the game. Playtonic will have the game ready for a December 14 launch on the eShop.

In an interview with Eurogamer, Playtonic director Gavin Price commented on the long wait. Price explained that since Switch is a new platform and the team is using a middleware engine, “it adds another link to the change” and they’ve had lots to learn. He did reiterate that Unity and Nintendo, as well as publisher Team17, provided assistance on a technical level.

“It’s a new platform where we’re using a middleware engine, so it adds another link to the chain – especially when we’re the first game of this scale on this engine on this platform. There’s been lots of stuff to learn, especially when you’ve made decisions already for other versions of the game which you have to unbuild and then rebuild. We wanted it to be fantastic and to have achieved a really high optimisation level.