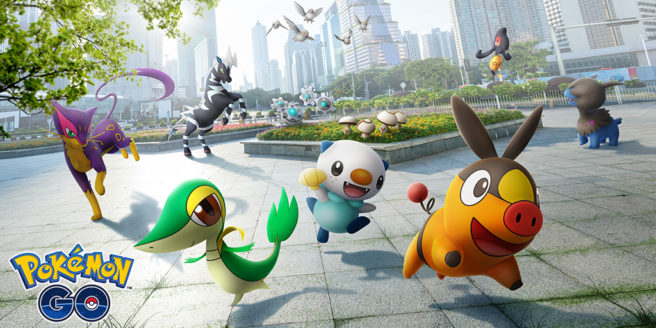 There are some other updates from Pokemon GO as well. These include Pokemon that can hatch from Eggs, region-exclusive Pokemon, the Unova Stone, and more.

Here’s the full announcement from Niantic:

Over three years ago, your Pokémon GO journey started with Pokémon originally discovered in the Kanto region, and you’ve gone on to encounter hundreds of Pokémon first encountered in the Johto, Hoenn, and Sinnoh regions as you’ve battled, raided, and completed research. It’s almost time to continue your journey and encounter Pokémon originally discovered in the Unova region! Get ready to meet new friends and encounter Pokémon featured in Pokémon Black Version and Pokémon White Version, appearing in Pokémon GO later today!

More Pokémon originally discovered in the Unova region will be making their way to Pokémon GO as Professor Willow shares more updates from his findings, so look forward to meeting them soon. C’mon, Trainer—let’s GO on this Unova voyage together!