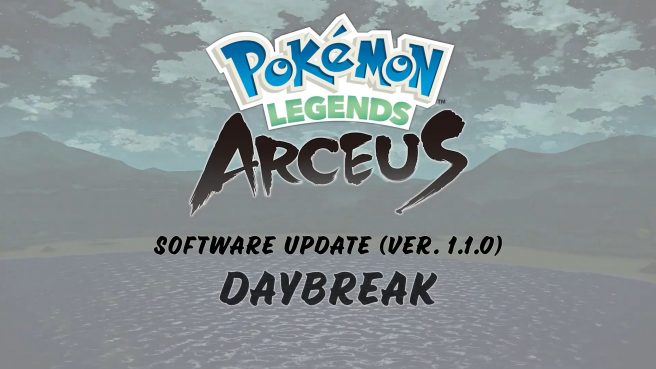 A new “Daybreak” update has been announced for Pokemon Legends: Arceus, otherwise known as version 1.1.0. It is going live later today.

The update lets players take on a new investigation involving a phenomenon causing mass outbreaks of Pokemon across the Hisuian region. You can also take on new Pokemon battles with your allied Pokemon at the Training Grounds.