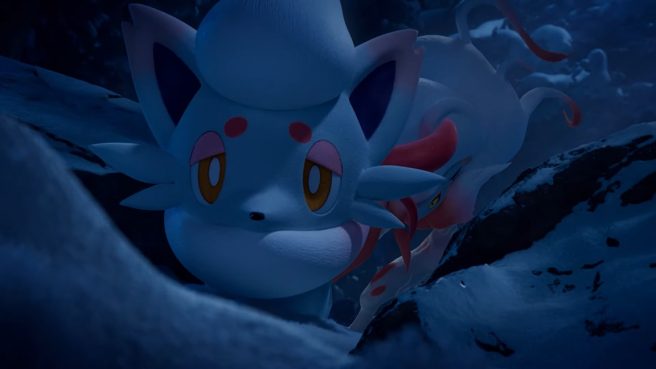 That news was just made known as part of a video shared by The Pokemon Company. Earlier in the week, we saw a mysterious teaser with blurred footage. That footage has since been restored, providing a proper look at the new Pokemon. It’s said that Hisuian Zoroark “seems scary” though “it also appears to be protective of Hisuian Zorua.”

Unfortunately, not much else is known at this time. With new Pokemon reveals, we typically receive new information about their category, height, weight, and type, though it looks like The Pokemon Company is keeping other details close to the vest for the time being.

Hisuian Zorua and Hisuian Zoroark aren’t the only new Pokemon for Pokemon Legends: Arceus. Also confirmed are Wyrdeer, Basculegion, and Kleavor. In terms of Hisuain forms, players can expect Hisuian Braviary and Hisuian Growlithe. We’ll likely be seeing even more new creatures and Hisuian forms being revealed over the next couple of months.