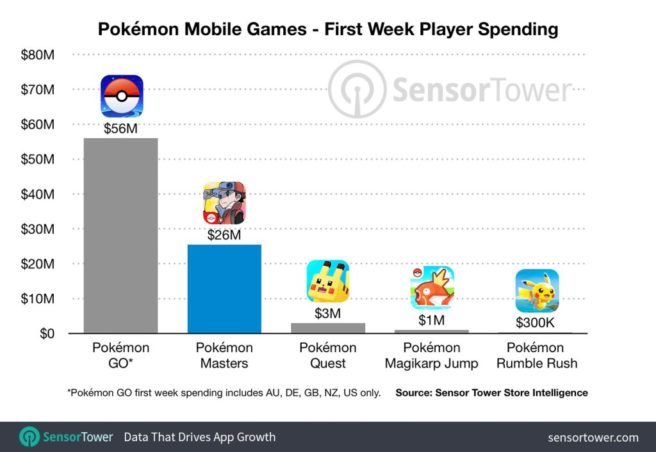 According to new data from Sensor Tower, Pokemon Masters generated $26 million its first week. China is not included in that figure.

Japan accounts for 62 percent of the $26 million Pokemon Masters has earned thus far. That amounts to $16 million from the country alone.