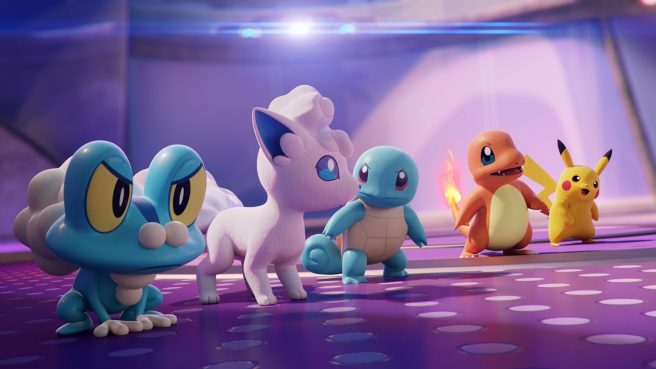 If you’ve played Pokemon Unite, you’ve probably noticed that the game doesn’t have a scoreboard. That can make it difficult to determine who’s winning a match while it’s in progress. Once a match is over, that’s when everything gets tallied up and a winner is chosen.

It turns out that the lack of a scoreboard in Pokemon Unite was a conscious decision made by the development team. Speaking with Kotaku, producer Masaaki Hoshino explained: “The matches last 10 minutes and players have the possibility of making a comeback, so we wanted people to play without giving up to the very end.”

“We are constantly listening to our fans. As part of that, we have implemented held item enhancer tickets and trial tickets [in a September update] to make the process of picking held items a more-enjoyable and rewarding experience for players.”

The Pokemon Company and TiMi Studio Group have been keeping Pokemon Unite busy with updates, new characters, and events. A Halloween Festival just started up and came with the addition of Greedent, for example.

Pokemon Unite first debuted this past summer is currently available for Switch and mobile as a free-to-play title.