Project Triangle Strategy dev on why it’s a tactical RPG, how long it’ll take to beat, when we’ll hear more 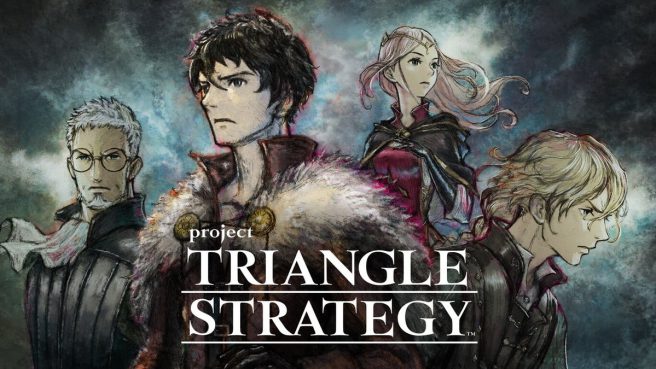 One of the more exciting announcements from last month’s Nintendo Direct was Project Triangle Strategy. The game builds off the success of Octopath Traveler by adopting the same art style, but the format has changed to a tactical RPG.

During Game Live Japan, a Q&A was published with producer Tomoya Asano. Asano was asked about the game’s genre, length, and when more information was shared.

Here’s a full translation from Nintendo Everything:

The name Asano is often associated with RPGs. What made you decide to develop your first tactical RPG?

Developing Octopath Traveler and Bravely Default II gave me more exposure to narratives geared more towards adults and I began wondering if there was a more suitable game format for those stories than a stock-standard RPG. That’s how we decided on a strategy RPG for this project.

The dialogue options and branching routes left a strong impression in our minds. How many different routes are there in total and if you wanted to play all of them, what would the estimated hour count be?

We are planning for the game to have multiple endings. As for the game time, that’s still up in the air… we always aim for around the 50-hour mark, but it never seems to turn out that way.

The demo version of the game featured a lot of characters, but how many characters in total are you expecting in the final product? Are the characters all drawn by Naoki Ikushima?

Drawings in the game are divided among all team members, but all designs come from by Mr. Ikushima. There were many more (characters) than the number of jobs in Bravely Default, so it was hard work…

The demo presents players with a tough decision: Protect Roland and fight or surrender him to the enemy. Which did the development team choose on their first try?

Different members got to try the game at different points, but as of March 2 the survey looks something like:

We’re also polling players on the choice they make through a feedback survey.

Which character is the most popular among the development team? And for what reason?

Why does Maxwell have a mask on!?

He’s probably just a shy guy. Either that, or a huge show off.

The game won’t be out any time soon, but when can we expect some news about it?

Hopefully before it gets cold!!

Project Triangle Strategy is due out for Switch in 2022. A demo is currently available on the eShop.